My birthday is June 26, so I picked that as the release date for the 5th book in the Doms of the FBI series. I’m seeking bloggers, reviewers, and ardent fans interested in helping me announce this new arrival to the world. If you aren’t familiar with the Doms of the FBI series, this is a great jumping-on point, as it is also the novel that will launch my new series, SAFE Security (expect the first novel sometime in early 2017.)

If you’re interested in hosting the Re/Leased Blitz and/or reviewing Re/Leased, please fill out this form: http://goo.gl/forms/SsvmbUfFawxUXGy22

Here’s the blurb for Re/Leased: 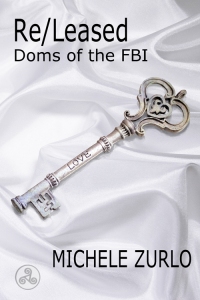 Honoring a promise he made to his late mother, David Eastridge, part owner of SAFE Security, returns home one final time—to help his father find the culprit responsible for embezzling three million dollars from his company. It should be an easy job—his father already has a suspect in mind.

After a series of tragic events that robbed her of a father and put her sister in a coma, Autumn Sullivan was forced to take on several jobs just to get by. She’s an accounting assistant by day, an occasional service Domme on the weekend, and a thief-for-hire by night.

David’s strategy of hiring Autumn—as a submissive—backfires when he finds himself enchanted by her sense of humor and playful attitude. Determined to prove her innocence, he enlists the help of Malcolm Legato and Agent Keith Rossetti to dig deeper. This enigmatic submissive is openly hiding things from him. Her secretive nature and the bread crumbs she drops about her past don’t add up—not even when he assigns Jesse Foraker, his SAFE Security buddy—to tail her and search her apartment. None of them are prepared for what the FBI uncovers.

Falling in love wasn’t in the plan, but David makes her believe that she isn’t doomed to live a solitary life. Plunged into a world of lies and espionage—with a serial killer after her—Autumn is forced to come to terms with her past if she is to have any hope of a future with David.